Is CBD Legal in United States of America – CBDHemp-Oil.com

Is CBD Legal in the US? – Find out the Truth Behind the Most Commonly Asked Question
CBD is the also referred to Cannabidiol. This is a compound that is found in the cannabis plant and is famous because of its medicinal and therapeutic advantages to the human body. It is a standard product in alternative medicine circles due to its ability to effectively combat anxiety and seizures among other illnesses. The full scope of the drug’s physical and mental benefits is still unknown. CBD can be gotten from plants of the cannabis family, mainly hemp and marijuana. While the oil from hemp has only 0.3% THC, that from marijuana has close to 30% HTC and as such, can get you high.

What You Need to Know

Despite all the benefits mentioned above, there are still states where CBD products are illegal. This means that it is not legal in the USA if we use this to refer to all the 50 countries. Within the industry, as long as any CBD product has a THC content below 0.3%, then it is classified as Hemp. Under federal law, Hemp is legal to both produce and distribute with prior approval. This is why in many states and also governments do not consider Hemp-derived CBD legitimate. The 2014 Farm Bill, however, legalized some Hemp cultivation activities making it legal to grow the plant for academic research or under the jurisdiction of a state pilot program.

Does Anyone Regulate the Entire System?

The law is however still quite tricky. It forces the producers of Cannabidiol to get their raw materials from research institutions to be on the safe side. This is because state and federal law varies from one locality to the next. A good comparison is Massachusetts and Colorado. In Massachusetts, individuals are allowed to grow Marijuana in their homes. However, they cannot grow hemp without first getting themselves a state-issued license. 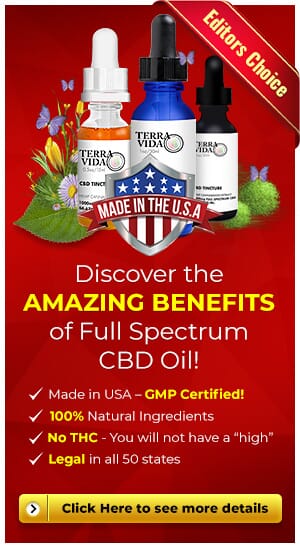 On the other hand, in Colorado, official departments have not legalized the use of marijuana for recreational purposes by adults. This heralded an industrial hemp program. The consumption of Cannabidiol and Hemp is thus legal under state law as long as you are an adult. This is the birthplace of the certified US Hemp seed breed. There are only eight states that have legalized the use of CBD from whatever source These are Alaska, Washington, California, Oregon, Colorado, Nevada, Massachusetts, and Maine. In these states, people can use CBD for medical as well as recreational purposes. In total, there are 46 states where you can use CBD as long as you have a prescription.
So, at the end of it all, one thing is evident, that CBD is not legal in all 50 States. This is still the case even though the Oil is mostly available almost everywhere. Thus everyone should pay attention to the store itself. The law surrounding Cannabidiol is grey and therefore open to varied interpretations.

Is CBD Legal for Real?

It is hard for us to answer that question because it depends on your location. Take some time to make research yourself to avoid problems furthermore.
The federal law still maintains its hard stance on the fact that the drug is still illegal The DEA can thus arrest and prosecute anyone growing, selling or using Hemp or hemp products. The Drug Enforcement Administration, however, remains adamant on the fact that it does not go after individual users or people that benefit from the use of CBD oil, just drug traffickers taking advantage of the leniency of their states. There are quite some people that are unable to reap the benefits of CBD due to uncertainty.